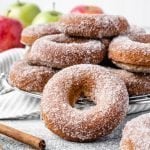 These Apple Cider Donuts are epic Fall treats. Cinnamony and sweet and cakey with just the right amount of apple cider flavor, these baked donuts (yes, baked!) will be the highlight of your Fall season!

They're super quick and easy to make, too. No oil needed, no frying needed, just some good ol' fashioned apple cider and lots of love!

An Annual Fall trip to the apple orchard

It's become a tradition in our family to visit the local apple orchard in the middle of the Fall season. My. kids are actually huge fans of apples, plus they love the whole process of picking their own.

It never fails, though, that we forget to bring our own wagon with us. And, we end up dragging our too-full buckets of apples throughout the orchard until we realize we have way more than we need to and it's time to pay.

Luckily, our apple orchard is clever and places the freshly made apple cider donut counter just before you get to the register.

The aroma of those freshly made donuts is reason enough to fight for a parking spot in the orchard's tiny lot! The donuts come out piping hot and full of cinnamon sugar and brimming with delicious apple cider flavor. It's heaven on earth!

Making donuts at home doesn't have to be complicated or involve a vat of hot frying oil. Don't get me wrong, fried donuts are delicious.

But, they're also not so good for you.. Baking donuts cuts out loads of calories and fat, but not the flavor or goodness.

To make these donuts, start by reducing apple cider. Reducing it helps to concentrate the flavor by evaporating some of the water content. T

his reduction is used in two places so that we can be sure that apple cider flavor comes through. It's used in the donut batter and in the glaze. Mmmm apple cider glaze... More on that later.

Next, make the donut batter. This is a simple mixture of dry and wet ingredients. I threw some sour cream or yogurt in there to keep the donuts moist.

Lastly, dunk in cinnamon sugar and you've got yourself one helluva Baked Apple Cider Donut!

Are you a donut lover like me? If you're looking for more donut recipes, try these:

Useful Kitchen Tools for This Recipe 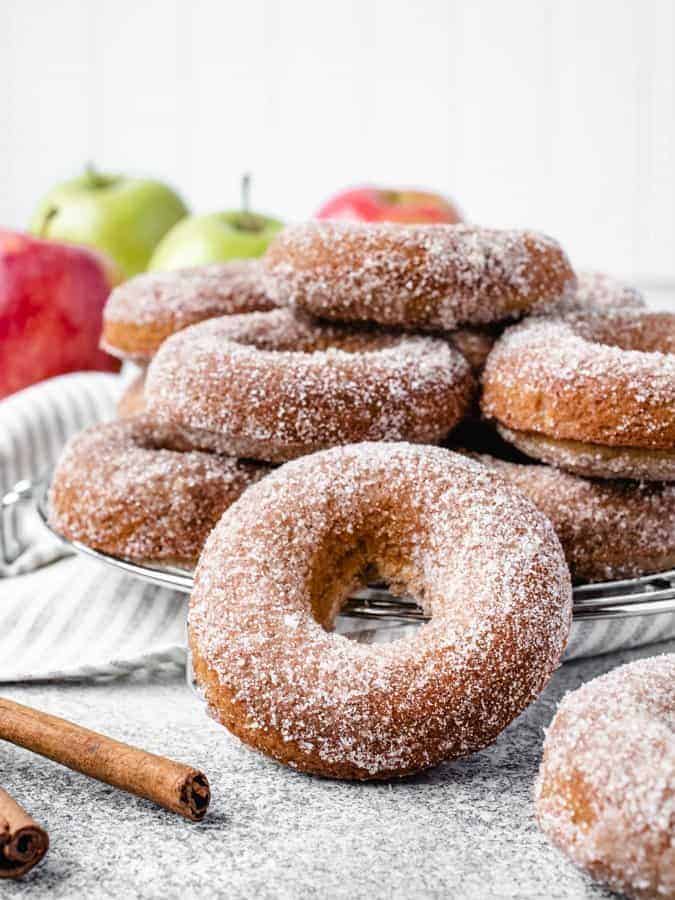 Calories: 300kcal
Did you make this recipe?Tag @kickassbaker on Instagram so I can see!