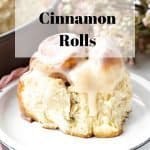 Don't these kids know that most cinnamon roll recipes need to be prepared the night before?! Well, now I'm the hero.

Because I discovered these ready in one hour homemade cinnamon rolls. And they're not the kind that come out of a can either. These are made start to finish in about an hour. Can I get a woo-hoo for being a weekend breakfast hero?!

Homemade cinnamon rolls ready in one hour, you say?

That's right, you read that correctly. These homemade cinnamon rolls are made from scratch, baked, smothered in cream cheese icing and ready to be devoured in one hour flat.

They're like miracle cinnamon rolls, that's what they are. The trick to these is instant yeast, which requires much less proofing time than active dry yeast. You could always go the cinnamon rolls in a can route, but... Lemme count the ways this homemade 1-hour recipe is waaaaaay better:

Putting these Cinnamon Rolls together

To make these cinnamon rolls, start by mixing the dough and letting it rest for a few minutes while you make the filling. The filling is a simple mixture of cinnamon and sugar which you'll sprinkle on top of a layer of butter. Mmmmmm!

When the dough has rested, roll it out into a rectangle, spread the butter on top then sprinkle with the cinnamon sugar mixture. Roll it up from the long end, pinch the seams, and cut into 11-12 individual rolls.

Allow these to rise for 25 minutes then bake. When they're baking, mix up the cream cheese icing (the very best part and really the only reason I make cinnamon rolls to begin with).

I like to slather as much of the cream cheese icing on top when the cinnamon rolls are still very warm. Some of it will melt and that's perfectly okay! This recipe makes plenty of icing to keep everyone happy.

For more delicious weekend breakfast or brunch recipes that won't take you all day to prepare, give these a try:

FOR ALL MY FAVORITE BAKING TOOLS INCLUDING THOSE USED TO MAKE THIS RECIPE, CHECK OUT MY BAKING RESOURCES PAGE! 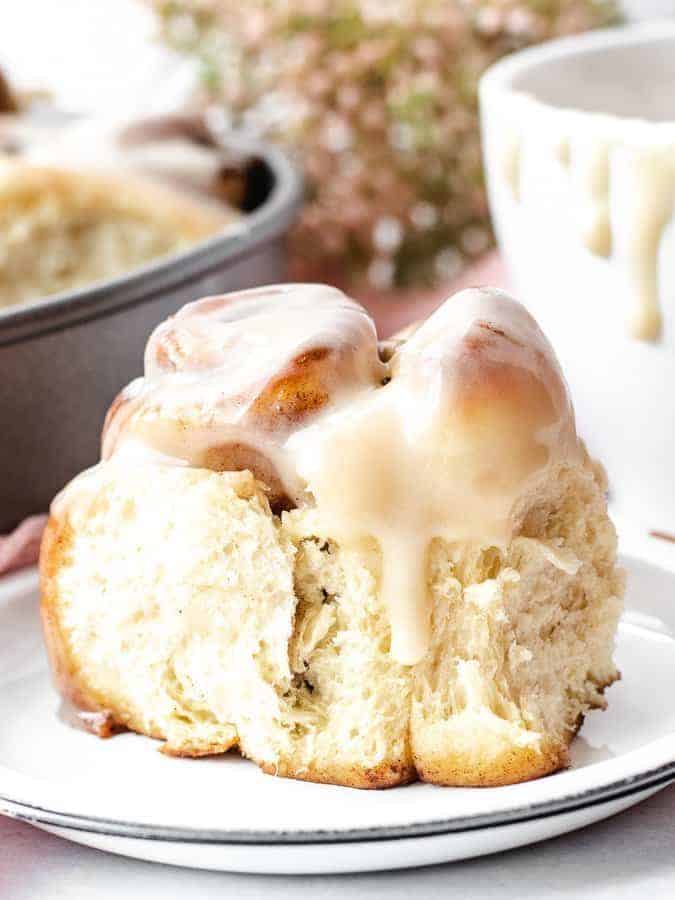 I discovered these ready in one hour Quick Cinnamon Rolls recipe. And they're not the kind that come out of a can either. These are made start to finish in about an hour. You'll drool over each bite of soft cinnamon-ey bread with all the cream cheese icing you want to make it memorable.
Print Recipe Pin Recipe Rate Recipe
Prep Time: 40 minutes
Cook Time: 20 minutes
Total Time: 1 hour
Course: All Recipes, Breakfast, Brunch
Cuisine: American
Keyword: cinnamon rolls, cream cheese icing, instant yeast, quick cinnamon rolls
Servings: 12
Calories: 426kcal
US Customary - Metric