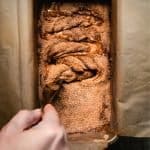 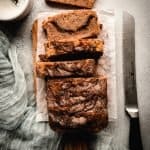 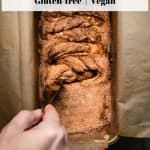 And, the top of this bread has cinnamon sugar swirled into it, creating not only a beautiful loaf, but also a crunchy cinnamon sugary topping that is truly the icing on the cake in this quick bread recipe.

This Cinnamon Swirl Bread recipe is made lighter with the addition of cassava flour (read more about this ingredient below). And, it's gluten-free and vegan, too. No one in my family had any clue it was any of these things when they devoured the entire loaf, so it's fair to say this loaf is a real winner!

How to Use Cassava Flour in a Recipe

If you haven't heard of cassava flour before, it is becoming a more popular ingredient for gluten-free baking and grain-free cooking. It can be used as a substitute for all-purpose flour or any wheat-based flour in recipes.

What is cassava flour, you ask? Well, it's made from the whole root of the cassava plant, which is a tuber and it resembles a sweet potato.

Cassava flour is very, well, dusty. Meaning, when you open the bag, scoop it and place it in a mixing bowl, it'll kick up more dust (like with powdered sugar) than regular flour. However, cassava flour isn't grainy or gritty, but rather soft and powdery. It also absorbs liquid and moisture in recipes more than regular flour, so this is why it's not necessarily a perfect one-for-one substitution for regular flour.

I found cassava flour worked really well in this Cinnamon Bread recipe. How does cassava flour taste, you ask? Cassava flour has a mild, neutral taste, so you likely won't notice it's there. Why use it then? Well, it's got a lot of great characteristics - see below.

How to Make Cinnamon Swirl Bread

This plant-based, gluten-free recipe starts by making flax eggs. Flax eggs are really just a combination of water and flax meal. When they are allowed a few minutes to gel together, these ingredients take the place of eggs in plant-based recipes very well.

Next, mix together your cinnamon and sugar and set aside. Then combine the dry ingredients and mix in the wet including those flax eggs and you’ve got yourself a gluten-free, vegan cinnamon bread batter.

Now for the fun part - making those delicious swirls in the top of the cinnamon swirl bread! Take a butter knife, dip it into the top of the batter about ½ an inch down. Make swirls through the batter by dragging your knife across the batter like pictured below.

You may be tempted to create more swirls than are necessary. I highly recommend you stop after one pass of the knife across the top of the loaf. The swirl will get easily lost if you swirl too much in your cinnamon swirl bread!

How to Adapt this Recipe

Looking for more quick bread recipes? Give these a try: 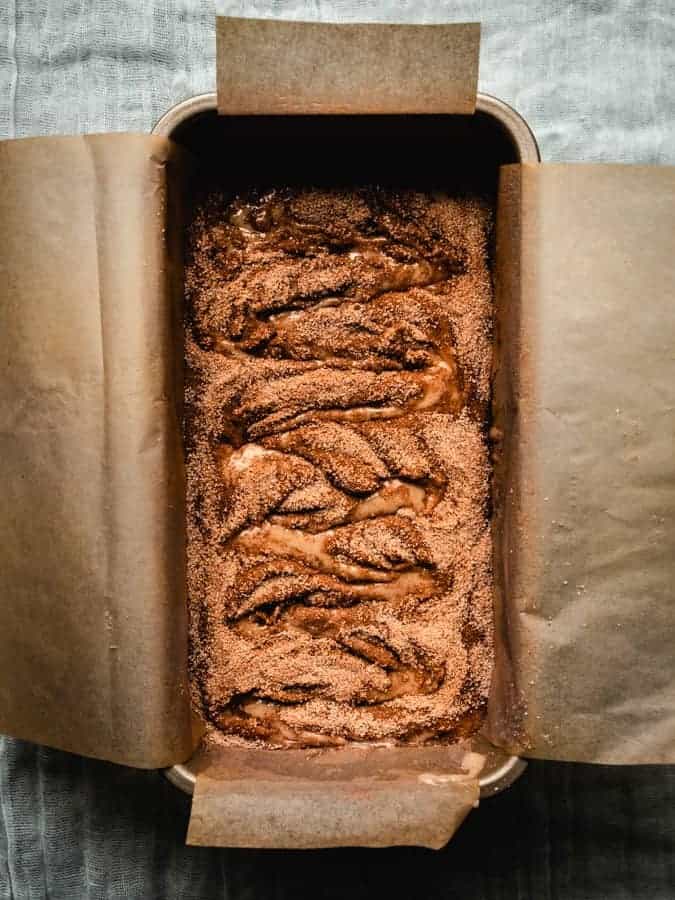 Hey there!  Thank you so much for visiting Kickass Baker!  I’m Kim, the working mom and home baker behind this blog.  I know how crazy life can be.  Too often, we can beat ourselves up and give up things we enjoy because we think we aren’t great at them.  But you are kicking ass everyday and I’m here to help you bake up some crazy-good recipes and embrace your Kickass Baker!